Herbert Found A House on a Hill

Herbert found a house on a hill.
The sun was setting, and he was getting a bit chilly.
So he climbed up the hill (which was a very big hill for such a little owl)
and knocked on the door. It slowly creaked open and three ghosty faces appeared.
At first Herbert was a bit frightened, as he’d never met ghosts before,
but the littlest ghost told a funny joke and then invited Herbert in for some tea. 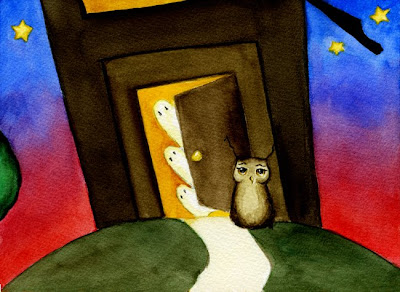 Our shivering little friend accepted, a little bit nervously. But after many cups of tea, a couple cookies, and many laughs, Herbert felt at home. 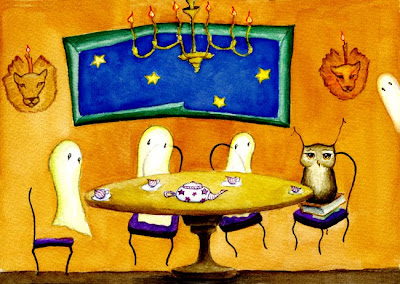 And after the rest of the world was tucked in bed, the spooky group went out for a bit. I would say walk, but we all know ghosts don’t walk! 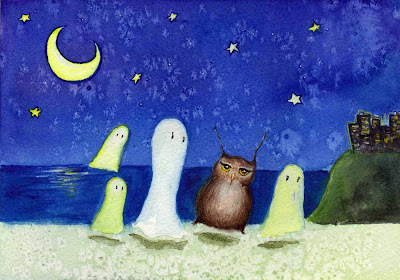 And much much later, when the sun started to peak up from under the sea, Herbert was nestled into a cozy bed, for some much needed sleep. 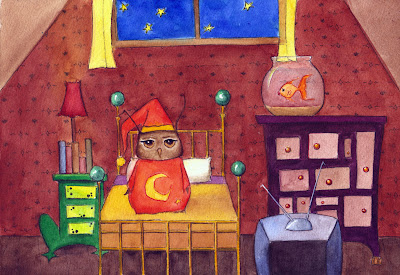 0
0
blimp!
Herbert Thought He Could Wait Out the Monsters